Politics has been a part of our daily life, and though many of it might despise it and hate it, we continue to have a close look at it.

There are millions of people who look at politics as an avenue for spending some quality time chatting or discussing with friends.

On the other hand, there are others who would like to make money using political predictions. As we read this article, it is quite likely that we certainly will be able to come across dozens of elections across the European Union and many other countries of the world.

According to the reports of the recent opinion polls and those who are into bookmaking, there are some interesting pieces of information.

They show labor being able to move ahead in the race as far as federal elections are concerned. However, on the other side of the spectrum, there are others who believe that the coalition is still firm as far as the odd makers are concerned.

Hence, there are countering viewpoints as far as bookmakers and pollsters are concerned. As we speak, there are some bookmakers and reputed ones like Ladbrokes who still believe that the coalition continues to be the favorite.

They are ready to offer £1.34 for every £1.00 staked. And this is the case with almost all major bookmakers across the spectrum.

Reasons as to Why Labor Got Pegged Back

There are quite a few reasons as to why labor got back into the danger zone after being so positive for such a long period of time. In fact, at times the lead of the labor was quite impressive when compared to the coalition.

It was around £2.55 for one dollar for labor win against the coalition odd of £1.60 for each pound sterling. It is, therefore, surprising how things got so bad for Labor and that too within a very short period of time.

The Tide Has Begun to Turn

There were reasons to believe that some astute political bookmakers and punters began to understand, that the people were getting comfortable and closer to the coalition, and this became evident as the odds started moving in favor of the collation to such as an extent that today it is almost 2-pound sterling for every pound sterling staked for a win for the labor party. 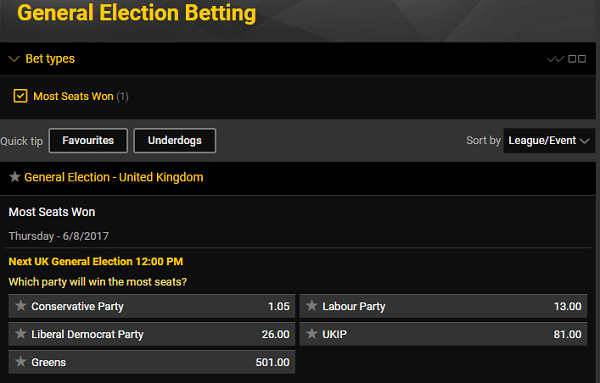 Against these bookmakers are ready to offer only £1.40 for every pound sterling staked for a conservative party win. This certainly is no news which labor party will be happy about.

However, There Could Be Some Elements of Surprise Going Forward

It would be pertinent to mention that it is still early days and with some more time left to go, things could turn in favor of the labor party.

However, this will not happen until there is a concerted and correct positioning of the labor party. The need of the hour for the labor party is to find out ways and means by which they can try and overcome the negative perspective that is being built across their party in general and the individual leaders.

Further, they also need to factor the strength of other players who could be fighting the conservatives.

However, in the process, they might be spoiling the broth for the labor by cutting into their traditional vote bank. Hence, they need to come out with a strategy to overcome this problem.

There are quite a few ways and means by which this can be done. If one looks at the federal electing betting market, there are a few things that are obvious and clear.

For example, if one looks at the odds of other parties excluding labor party and the conservatives, things would become clear that they hardly stand any chance.

However, what they will be able to spoil the case for both Labor and conservatives depending on the areas where they have some following and influence.

How Could Labor and Conservatives Take This Forward?

The best way for these two parties is to look for odds which describe the fate of other smaller parties. If the same details are captured, and the same are shared within their own constituencies, it will certainly work to their advantage. 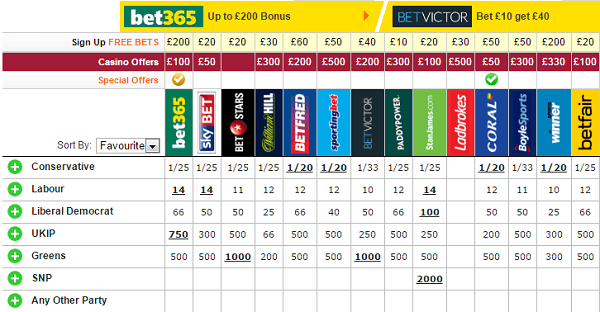 They should drive home the point that voting other parties would be a waste of their precious vote because they will not be able to make a big impact on the outcome of the elections because of the very small presence across the vast spectrum of the electoral battlefield. However, it is a fact that they could play spoilsport as mentioned above.

Which Bookmaker to Choose?

Now that we have looked at the various aspects related to the fortunes of various mainstream parties, it would be not a bad idea to find out as to which booker to choose when it comes to betting on the federal elections.

The choice is quite big, and almost all major bookmakers are in the fray. However, there are a few important points to be kept in mind as far as the decision-making process is concerned.

The first and foremost decision is to try and look out for bookmakers who have rich experience in the political arena. Political odd forecasting is not about analytic tools and other such high technologies alone. There are quite a few other things like the actual political scene and feeling on the ground.

Hence, the bookmakers should also take this point into account. They must be ready to take inputs from as many sources as possible and then decide on the odds.

Taking quality inputs from punters and bettors is also something that cannot be brushed aside because some of the bettors carry with them years of experience and expertise.