There is no doubt that betting and gambling has been a part of our ethos and culture for many decades and centuries.

While there are divided opinions on the same, there is no doubt that gambling is a multi-billion dollar industry and it could very soon touch a few trillion dollars. Yes, it is a fact, that only a tiny percentage of people have been able to make any big money through gambling.

Nonetheless, it continues to be quite popular amongst millions across the world. Gambling is there in the conventional form in casinos and games.

What Is Election Betting?

Then you have elections which are based on party lines where parties are voted in and out of power and the parties then elect the prime minister and cabinet as it happens in the United Kingdom and many other countries. 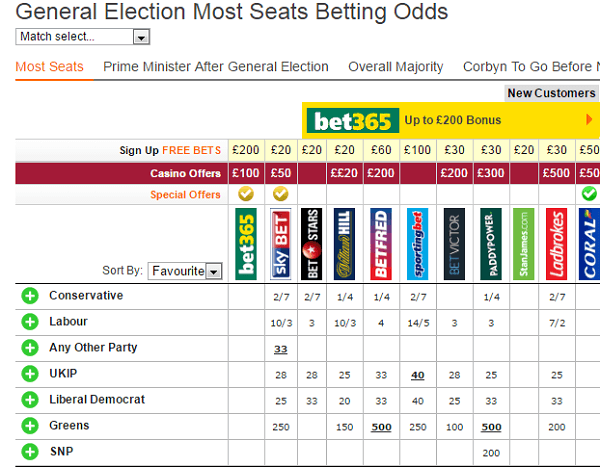 The dynamics of betting without any doubt is different from different forms of elections. It cannot be the same for Trump/Clinton compared to what it is between Theresa May, leader of the Conservative Party or Jeremy Corbyn.

Hence if you wish to become a successful better in the complex world of elections, then you must know the ground rules as they are and only then will you be able to stand at least some chance of making some big money.

A Look at UK Politics and How It Impacts Odds and Booking?

There are literally endless options when it comes to latest election betting odds as far as this country is concerned. Hence, you must as a better have some basic understanding of the same if you are keen on making money through betting in the United Kingdom.

Hence, it would be interesting to have a closer look at the various possibilities when it comes to betting in the United Kingdom and surrounding areas.

Date of the Next Election

Elections to the next parliament in the United Kingdom are quite far away and therefore betting on the next winner is now too premature and irrelevant.

However, there are many punters ready to hazard a guess when it comes to deciding the date of the next general elections in the United Kingdom. 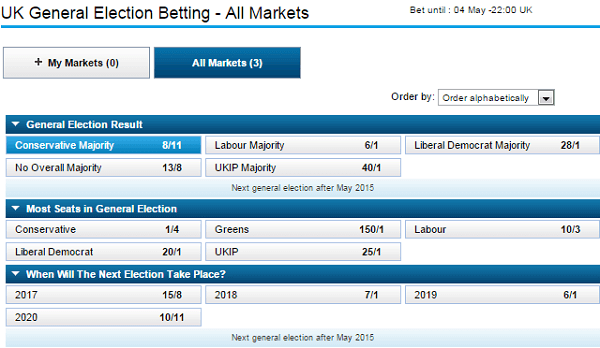 As per the rules of the game the next elections are scheduled for May 20, 2020. Hence if you are one of those who is keen on putting your money for 2020 elections, then the odds are 8/11.

On the other hand, if you are willing to stick your neck out for 2018 elections then you have a much tougher odd of 9/1, and the odds become even tougher at 19/1 when you choose 2019. Hence you have to decide whether you wish to play safe or take a bit of risk.

The next thing which comes to the mind is to decide on the party which is poised to get an overall majority. There are 9/5 odds for those who believe that there is a hung parliament with neither the Conservatives nor the Labor party getting a majority.

There is an outside chance of 5/1 in favor of the Labor party while for Conservatives it is 8/13. Hence, the general perception is that the Conservatives continue to be favorites to win the 2020 general elections or even if it is held before the scheduled date. 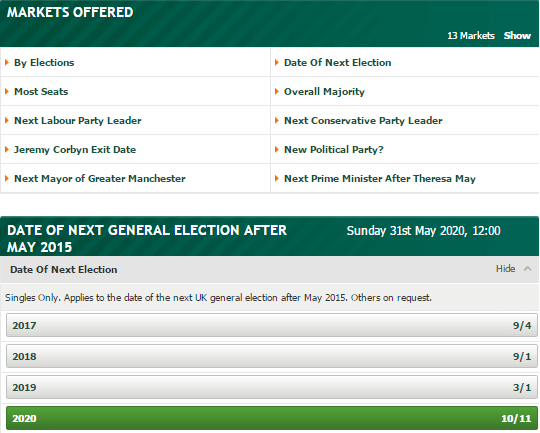 Others like the Liberals, Green, UKIP are nowhere in the picture with odds of 50/1, 50/1 and 300/1 respectively. Hence, Conservatives are favorites but things can change, and it would be wrong to presume that Labor Party is far behind in the race.

Who Will Be the Next Prime Minister?

As of today, there is no doubt that Theresa May is in the drivers’ seat so to say. However, for those who are ready to hazard a guess, there are quite a few options.

Looking at odds the picture is quite interesting. Jeremy Corbyn surprisingly has 9/2 odds in his favor compared to 11/2 of Boris Johnson.

There are other insignificant players including Amber Rudd with 33/1, Priti Patel with 80/1 and even Oven Smith with 12/1. It is still early days, and therefore it will be some time before things become clear on the ground.

Now let us try and have a look at the likely seat composition in the new parliament whether elections are held in 2020 or before.

Conservatives have an odd of 1/4, and surprisingly Labor Party is also not far behind with an odd of 3/1. Other players like Liberals are nowhere in the picture, and UKIP has an odd of 25/1.

However, it is again early days, and things could change dramatically over the past few months. Labor is putting its house in order, and it is expected that it will certainly give a big run for money to Conservatives who have their own share of problems.

Apart from the above, there is no denying the fact that there is betting possible in various other things too. For example, many people are keen on betting on the EU elections, the birth of new political parties, percentages of votes polled by various mainstream parties, the margin of victory in various constituencies and much more.

Hence, there is no doubt that this is a fascinating experience and more than the money part, there is a lot of adventure and excitement involved in such betting processes.